To share your memory on the wall of Donald Borgman, sign in using one of the following options:

Donald was humble, quiet, gentle, awkward, and shy. He was honest, and worked hard running the farm from when he, an only child, was very young. After too many years alone and facing health challenges, Donald moved into assisted living “in town” where he remained a much loved resident at Summer Hill Assisted Living. There he found community, acceptance, and better food than his former staples of Hungryman TV dinners and McDonald’s. Extended family, traditions, holidays and shared meals meant everything to Donald. We discovered he had a passion for home improvement and cooking shows, daffodils, tulips, bright colors, and bold dahlias. Those interests were balanced out by NBA basketball, tractors, and Carhart. Donald enjoyed sitting at the beach, watching birds, eating pizza at Alfy’s, chowder at Seabolts and Burgers from the Net in Mount Vernon, while discussing the preferred function of a Kubota, aesthetic of a John Deere and nostalgia of a Farmall. He loved watching old Westerns with John Wayne, or shows like Gunsmoke, Bonanza and the Rifleman.

In the end, Donald finally fell asleep, surrounded by his loving caregivers at Summer Hill, photos of his farm, photos of his family, and his toy tractor collection. We will miss him deeply. For someone who lived his whole life alone, we discovered how deep his friendships and relationships were. He will be missed by many, including the island’s celebrated and lone elk Bruiser, who moved onto the Borgman farm about 10 years ago. One of his last requests was that we serve an alternative to pumpkin pie at Thanksgiving this year, preferably apple. We promised we would.

Donald was preceded in death by his mother Gudrun, father Carroll, and best friend Tony Westerdyk. He is survived by numerous cousins, including Susan Hickok and Kristina Daheim, who would like to thank the loving community at Summer Hill for welcoming Donald home one last time; Dr. Doug Langrock for his care and love for Donald; and the Silver Lake Firehouse for giving Donald a sense of community and purpose outside of the farm.

A Memorial Picnic will be planned for the Summer of 2021.
Read Less

To send flowers to the family or plant a tree in memory of Donald Borgman, please visit our Heartfelt Sympathies Store.

Receive notifications about information and event scheduling for Donald

There are no events scheduled. You can still show your support by sending flowers directly to the family, or planting a memorial tree in memory of Donald Borgman.
Visit the Heartfelt Sympathies Store

We encourage you to share your most beloved memories of Donald here, so that the family and other loved ones can always see it. You can upload cherished photographs, or share your favorite stories, and can even comment on those shared by others.

Posted Nov 11, 2020 at 11:36am
Don, you are in our prayers as you ascend into Heaven. Thank you for saving the family farm as a nature preserve for future generations to enjoy. 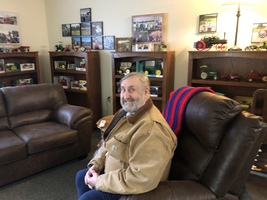 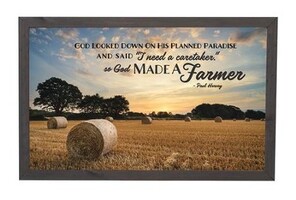 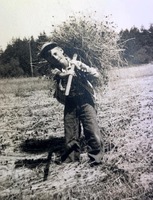 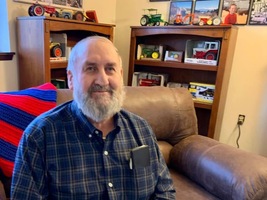